True hunting is a real art. Just imagine: the sun is rising…cool wind…vast field…and all this belongs only to you and your dog this fresh morning…There are not many things which you can compare with such a magic moment. But you will never know before you feel it.

My best hunting friend is my lovely German Shorthair Pointer Cooper. In fact I strongly believe GSP is the best hunting dog ever. At least for me ☺

But before that magic happens there is some routine to get well prepared. The main part is to prepare your dog. If you are lucky to have a 1,5 – 2 month puppy, you can start even that early.

We started with Coop at this age approximately with simple hunting training game with feather on a rope. This game teaches your pup one of the most important command – the “Whoa” command. But if you start teaching him a bit later, here is another method for you.

The whoa command is a crucial part part of an upland dogs training because it keeps him from getting in too close and flushing the bird before you are in position for the shot. We start with our dog on about a 10-foot lead after clipping it to his collar. 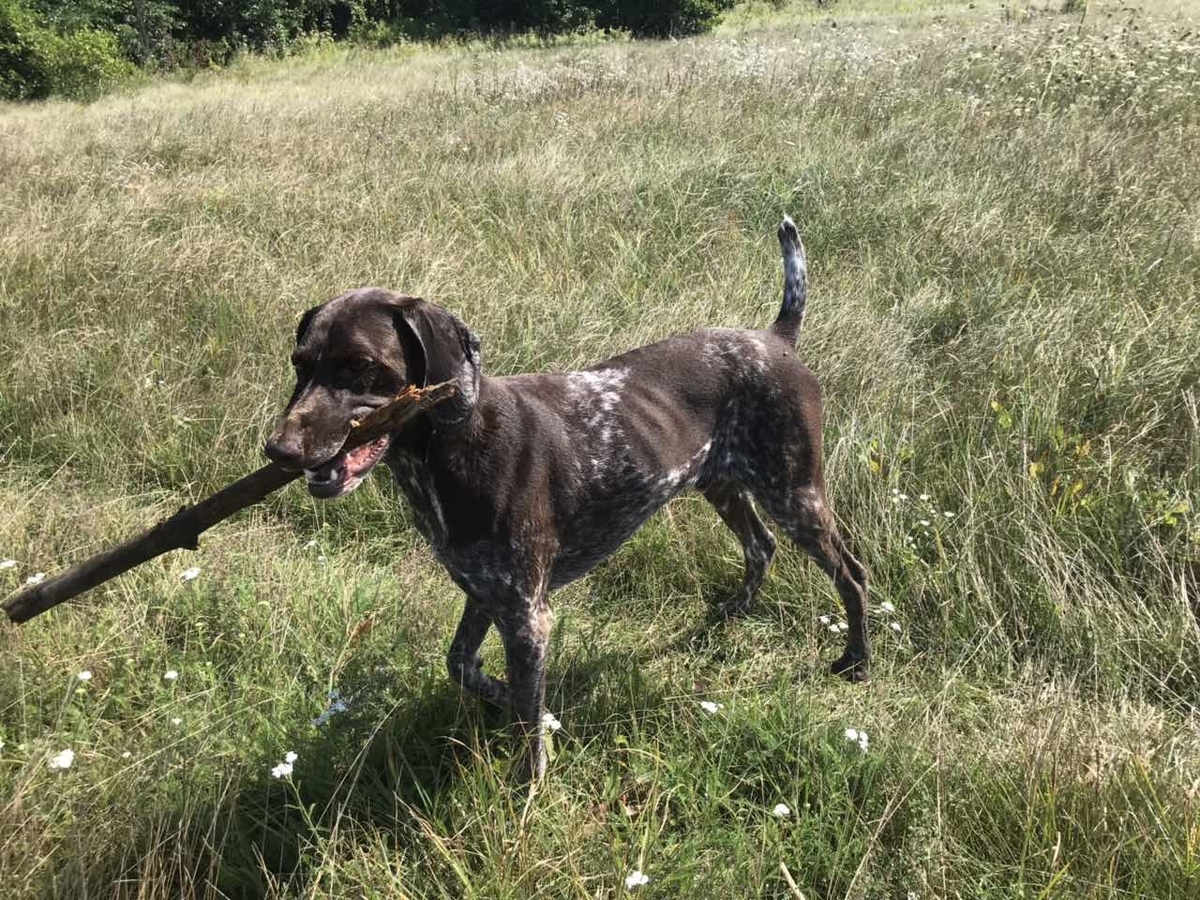 We run a loop back underneath him and then run the end of the lead back through the loop. We do this so that we can keep him from trying to sit down when we give the local command. Then with the dog in the heel position give him the command whoa while pulling up on the end of the lead. If he tries to move, simply lift him gently by the lead in the collar together, and move him back to his original position.

After a couple of days you should be able to move around him without him trying to move. If he holds his position, give him some praise and let him know that he's being a good dog. But never allow him to move until you give him the release command.

Once he fully understands the command we will then begin working him on live birds. With the dog on a lead move him into the scent of the bird and give the “Whoa” command. If he moves use a collar and lead to move him back into position.

As long as you are confident he is steady, go ahead and have someone flushed a bird. Remember he should still remain in the “Whoa” position as the bird flies away. With my Cooper I allowed him to flush the bird, but only after he is released and was trained well till then to be steady.

Once your dog completely understands the low command in his steady you'll have a more enjoyable and a more successful hunt.

I will continue soon.

Login to quote this blog

You cannot quote because this article is private.